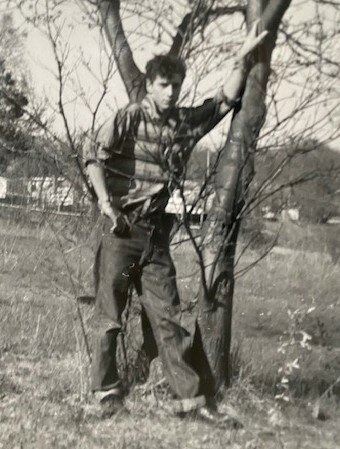 Please share a memory of Jack to include in a keepsake book for family and friends.
View Tribute Book
On April 8th, 2022 Jack Hubert Reid of Etobicoke, passed away at the age of 82 years. Jack will be lovingly remembered and dearly missed by his son, Todd, his grand daughters Kayla and Julia, his sister Violet (Turner), his brother Russel, many nieces and nephews, his special family friend Shirley and many other friends. Jack is predeceased by his cherished and loving wife, Barbara (Facto), his parents Lucille (Eddy) and Harold, and his siblings, Louis, Rayford, Louise (Watkins), Roland and Charles. Jack left his home Newfoundland in the 1950’s when he moved to Toronto and met the love of his life, Barb. He and Barb worked for many years in the family business. They enjoyed travelling and spending time with their son and grand daughters. He spoke fondly of his home in Juniper Stump, Newfoundland and loved raisin molasses bread and a feed of Jigg’s dinner. He was a die hard Maple Leafs fan his whole life and unfortunately did not live to see the Stanley Cup in Toronto. He was a guy who would give you the shirt off his back, was always smiling and laughing and was a true gentleman. Jack will be sadly missed by all those who had the pleasure to know him.

A Memorial Tree was planted for Jack
We are deeply sorry for your loss ~ the staff at Lotus Funeral & Cremation Centre, Inc.
Join in honoring their life - plant a memorial tree
Services for Jack Reid
There are no events scheduled. You can still show your support by sending flowers directly to the family, or planting a memorial tree in memory of Jack Reid.
Visit the Tribute Store
Print
Online Memory & Photo Sharing Event
Online Event
About this Event

Look inside to read what others have shared
Family and friends are coming together online to create a special keepsake. Every memory left on the online obituary will be automatically included in this book.
View Tribute Book
Share A Memory
Send Flowers
Plant a Tree